THE FORCE FAN STORE IS HERE!

Are you a Force fan that is just dying to be decked out in the gear that our champions wear? Look no further as the Force Fan Store is now OPEN FOR BUSINESS! In the fan store you can get lots of mens, womens and youth sized favorites including:

If you are dying to get an item that is not available in the store, send Eric an email and we'll see what we can do!

The store is only open for a limited time and quantities are limited so get in early for the best selection!! GO FORCE!!!!

General registration for the 2022 Summer Force season is closed. Thank you for you interest in San Carlos Force softball. We are looking forward to a GREAT Summer together!!

SCYSA's Force program fields teams that participate in highly-competitive softball tournaments during the summer. Force provides a great opportunity for girls in the 8U, 10U, 12U, 14U, and 16/18U divisions who love softball and would like to extend their skills beyond the spring season. While the Spring season emphasizes player development and having fun in a recreational league, the Force Program focuses on fielding more highly competitive teams while maintaining a balance with softball skill development, personal development and enjoyment.

Tryouts have been completed for the 2022 Summer season.

Fees for the Summer Force season are established to cover 1) uniforms, 2) tournament registration fees, 3) equipment, and 4) field use costs/insurance. For the 12U team, the registration fee also includes the cost of an external coach.

Since many players have these already from last season, helmets, gear bags, sweatshirts, and jackets are not included in the above registration fees. Players needing any of these items will have the opportunity to purchase them through the Force Fan Store which will launch in early May.

*Should any family need financial assistance with registration fees, they should reach out to the Force Program Coordinator, Eric Madia.

Families should anticipate up to 6 tournaments between Memorial Day and the beginning of August.  Anticipated schedules for each team are available on the Force website (see below). Practice schedules will be determined in late April. Each team will likely practice twice per week.

Players are expected to attend all practices and games and should communicate any conflicts to coaches early in the season. Playing time may be impacted for players that don't regularly attend practices.

The Force program for San Carlos Youth Softball is designed to field teams to participate in competitive USA Softball and/or USSSA/AST softball tournaments throughout the summer season, which typically runs from late May through late July/early August. The summer program involves traveling to cities throughout the Bay Area (and beyond) and competing in our host tournament, the Jan Macpherson Tournament over the Memorial Day weekend. Highly competitive and successful teams have the privilege of representing their league and city in the USA Softball Regional Championships.

As with all SCYSA programs, the Force program focuses on developing both softball and life skills for the young women of our league. Particular emphasis is placed on sportsmanship and fair play through pursuing victory with honor. Success is measured not only with on-field results but in the lasting impression that our coaches and players make on each other and the other cities in which we compete, resulting in the continued participation of our players in SCYSA.

Goal: Establish teams at the 8U, 10U, 12U, 14U, adn 16/18U levels that compete in competitive tournaments during the summer softball season.

Participants: Teams will be formed from players that have participated in the SCYSA recreational leagues. Partnerships with other cities as well as inter-city and league transfers will be reviewed by the Force Committee and approved by the Board as needed.

The Summer Force travel program is more competitive than the spring and fall recreational leagues, and there is no guarantee that all interested players will be placed on a team. While the league will make every effort to include as many interested young women as possible, emphasis will also be placed on ensuring the teams formed are able to reasonably compete and create a positive experience for all involved.

Team Formation: Team formation will be approved by the Board, after receiving recommendations submitted by the Force Committee, based on the performance of the players during the recreational league season and at one or more Force tryout/skills assessments. In forming the teams, consideration will be given to following:

The specific procedure for team formation may vary slightly from year to year and division to division based on factors such as the number of registrants, age and abilities of the players, and USA Softball level of play rules. In all cases, however, the above 5 factors will be the basis for team formation.

The first team formed at each age level will be designed to compete on the USA Softball circuit. Based on the assessment from the Force Committee and under the guidance of the SCYSA Board, the team will be registered as an USA-B level or will request to be leveled as an USA-C team through the governing body. Note that all teams are considered by USA as an USA-B team until otherwise approved by the USA Softball governing body. The second and any additional teams at the age level will complete as an USA-C level team (pending USA Softball approval) and/or alternate tournament circuits.

In the event that USA Softball or other governing body rules require that a team be registered at a level above where the Force Committee and Board deem appropriate, the league will work with said governing body on an appeal process to ensure that the team is placed appropriately. The appeal process will begin as soon as the issue is identified, and the Committee and Board will do its best to ensure that the other teams at the age level are not impacted as a result of the appeal.

Coach Selection: Coaches for the Force program must be committed to the league mission of advancing the skills of our young women through a positive, character-building experience that results in better athletes and, more importantly, better people. Individuals interested in coaching a Force team should contact the Force Committee Chair or an SCYSA Board Member and may be asked to complete an application and/or participate in an interview process. Head coach selections will be presented to the Board by the Force Committee based on their experience and ability to develop our teams in a manner consistent with the league mission.  Roster selection will be independent of coach selection, but coaches may provide input regarding potential rosters. Coaches will select their team managers and assistant coaches with guidance and oversight from the Force Committee. All coaches and team managers must be USA Softball Educated and comply with all USA Softball and SCYSA requirements.

Participant Expectations: Teams will compete in up to six tournaments during the season, with the possibility of one or more additional tournaments should the team qualify for regionals. It is expected that players are available for all tournaments as these games are competitive in nature, and there is limited opportunity to pull in players from lower divisions. Should a family have a conflict with any weekend during the season, that should be disclosed in advance so that coaches have enough time to adjust the schedule and/or fill in the roster as needed. Games typically are played Friday afternoon through Sunday afternoon. Tournaments are usually in the greater Bay Area, and teams may have the opportunity to travel to Central or Southern California or even out of state. Families should anticipate travel as part of the program and some travel may require overnight stays.

For our host tournament held over Memorial Day Weekend, it is expected that every family will volunteer to work shifts to help support the tournament. A sign-up sheet will be made available in advance of the tournament along with the volunteer requirement for each family. The Macpherson tournament provides essential revenue for the program to help keep registration costs down and fund equipment and other Force expenses. Your volunteerism is much appreciated!

In order to prepare for their upcoming games, most teams will practice at least twice during the week. Practices typically begin in early May. USA-B level teams are permitted to start practices during the Spring season, and the league will help coordinate conflicts that may arise. Due to the competitive nature of these games, players should place a priority on attending softball practices.

There is no minimum playing time required for individual players. Coaches will be encouraged to find opportunities for all players to actively participate in games. Most tournaments are divided into pool play and bracket (elimination) play. For pool play, all players shall have an opportunity to participate both offensively and defensively. During elimination play, a greater emphasis is placed on winning, and coaches will be encouraged to give their team the best chance of winning and moving on to the next round. Note that during the summer season, there are critical situational roles for players including pinch-runner, designated player (“DP” - similar to a designated hitter in baseball), and Flex (designated fielder). For more information, see the Flex/DP summary posted on the Force section of the SCYSA website.

If you have questions, please contact the Force Program Coordinator, Eric Madia at scbroncos@yahoo.com.

The 16U San Carlos Force team finished their season in style with their 3rd championship of the season! After a rough start on Saturday going 1-1-1, the team rattled off 3 straight wins on Sunday to take home the GOLD in Martinez!  The opening game on Sunday was a stunning comeback as the Force rallied back from being down 6-0 in the 2nd inning. The team scored 4 runs in the bottom of the last inning to win 7-6 and advance to the semis. The semifinal contest was against a Lady Bulldog team that smoked the Force 10-0 the day before, but this time was different. Yielding only 4 hits and backed by no errors and timely hitting, the Force prevailed 6-2. The championship game immediately followed when again strong pitching and defense and quality at bats brought the Force a 4-3 victory and 3rd championship of the season. What a weekend! 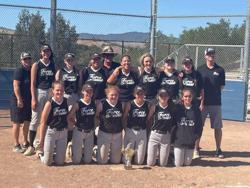 The 16U San Carlos Force team finished a successful weekend going 4-2 and winning the Silver Bracket Championship of the Top Gun tournament in San Ramon! The weekend was full of spectacular defense, timely (and sometimes powerful) hitting, and dominant pitching. The road to the championship included a no-hitter against the SF Waves on Saturday and a 1-0 victory over an 18U Inferno A-ball team in Sunday's championship. Way to go Force! 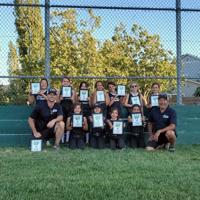 The 8C San Carlos Force secured its 2nd Championship of the season with a comeback victory over a tough Benicia Outlaw team over Father's Day weekend. The team ran the table winning all 6 games giving up just 15 runs in the process while scoring a whopping 59 runs. Congratulations, ladies!!!!

16U FORCE TAKES HOME THE HARDWARE AT THE AST BOWNET CHALLENGE!!!! 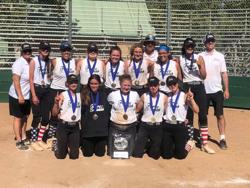 The 16U San Carlos Force team secured its first championship of the 2021 Summer season with a Silver Bracket victory over the CA Yard Sharks, winning 7-2. Trailing 1-0 after 2 innings in 100 degree Sacramento heat, the Force team strung together a series of hits to score 2 in the third and the pitching and defense took over from there, never relinquishing the lead and bringing home the trophy!! Way to go, ladies!! 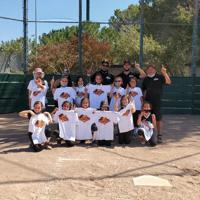 The 8C San Carlos Force team has had a tremendous run at our host Macpherson tournament and closed out the weekend with a championship victory over the San Bruno Storm. Pitching was rock solid all weekend long and closed things out with 17 strikeout performance over 6 innings to seal the victory. Amazing work!!!